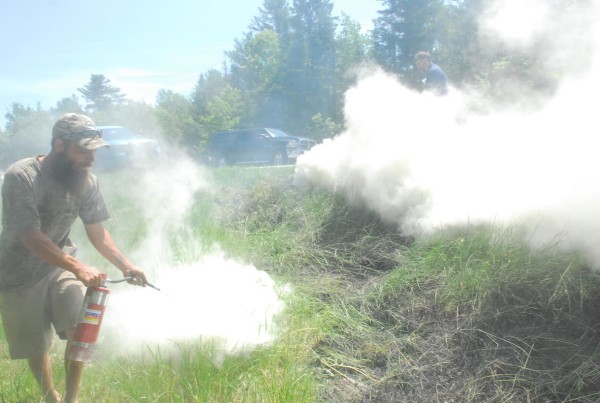 ETNA, ME – An employee of AAA Fire Extinguisher Co. assisted in extinguishing a grass fire on Interstate 95. The employee was traveling from Bangor to Augusta in a company vehicle when he noticed smoke on the highway around 11:30 a.m. Upon further inspection he realized it was a grass fire. He then pulled over his truck, which was stocked with fire extinguishers.

He pulled out two portable fire extinguishers from his truck and passed one to a bystander who had stopped to help extinguish the blaze. The driver and bystander were able to control the fire, while state police arrived shortly after. The driver stated that it was possible that the fire could have spread to the tree line had he and the bystander not intervened. Neither the driver nor bystanders were injured, and the driver was able to complete his scheduled route to Augusta.