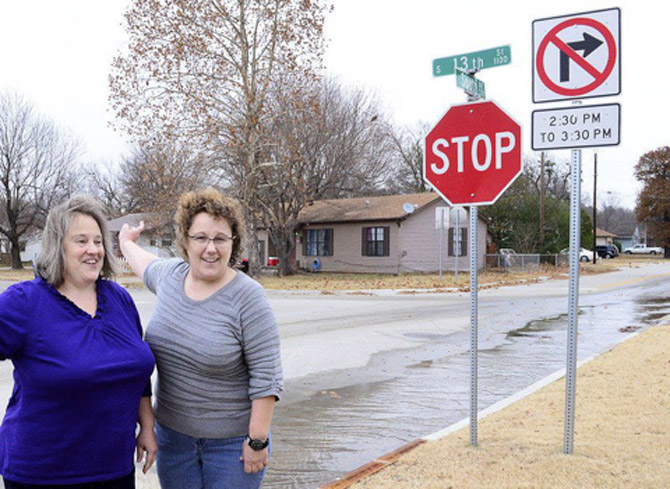 MCALESTER, OK – No students or school personnel were injured when a fire ignited underneath a school bus. Two sisters, who were going to the school to pick up their nieces, discovered the fire and acted quickly to alert the bus driver. Once alerted, the bus driver evacuated the students from the bus, while the sisters and another bystander put out the flames with a portable fire extinguisher. Officials stated that all those involved in the incident acted exactly as they should have, and that the fire started after a battery cable shorted out near a transmission fluid leak.