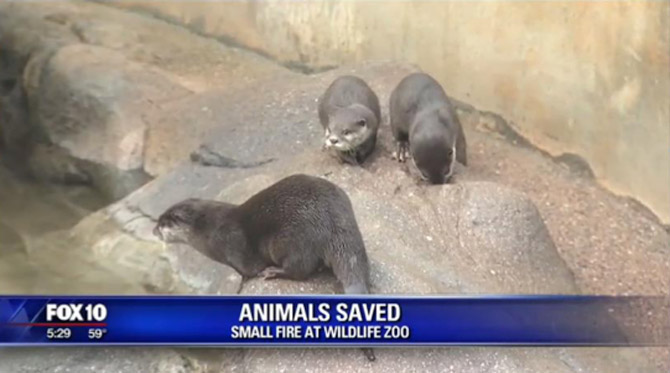 LITCHFIELD PARK, AZ – All of the animals at the Wildlife World Zoo, Aquarium and Safari Park are safe after an electrical fire started in the otter exhibit. Two of the park’s employees discovered the fire shortly after 7 a.m. The employees worked together to save the animals; while one employee put out the flames with a portable fire extinguisher, the other worked to evacuate the air-breathing animals. The fire was extinguished before fire crews arrived on the scene, and only minimal damage was reported.