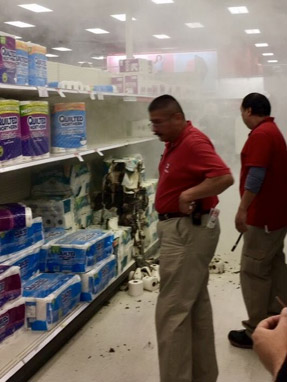 VISALIA, CA – Visalia fire authorities labeled a small fire at the city’s Target as suspicious after employees discovered the fire in the toilet paper aisle. A store employee put out the flames by using a portable fire extinguisher before fire crews arrived at the store. The employee was able to extinguish the fire before the store’s fire sprinklers were activated, preventing a potential $50 million loss of products. The actual estimated loss was reported to be $350, but due to the suspicious nature of the fire, two engines and a battalion chief responded to the scene.