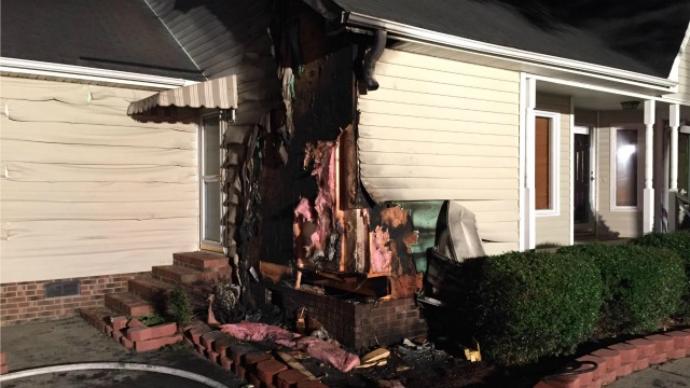 WINTERVILLE, NC – Early one morning, a Winterville homeowner woke to a burning smell and the sound of a neighbor banging on his door alerting him to a fire on his house. The fire had started near a front entrance on the exterior of the home. Together, the neighbor and homeowner used a portable fire extinguisher to put out the flames. When the Red Oak Fire Department arrived at the house, only light smoke was seen coming from the house thanks to the quick actions of the duo. The cause of the fire was still under investigation, but the homeowner believes it was a wire that started the early morning fire.