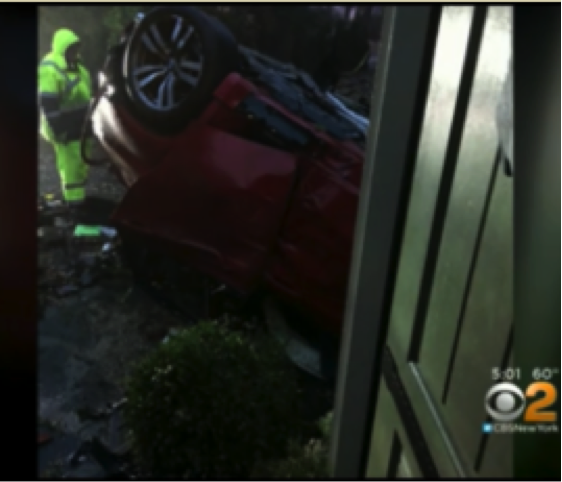 HILLSDALE, NJ – Around 2 a.m. one morning, a New Jersey homeowner was woken up as a car crashed into her house. She told authorities that she heard a loud explosion, so she looked out her window, where she saw that the car was on fire and resting on her house. She immediately ran outside with a fire extinguisher to put out the flames while authorities were on route. Once authorities arrived, they ensured that the fire was out and then removed the man from his car. While the car was totaled, the driver did not suffer any serious injuries and the house only received minor damage.