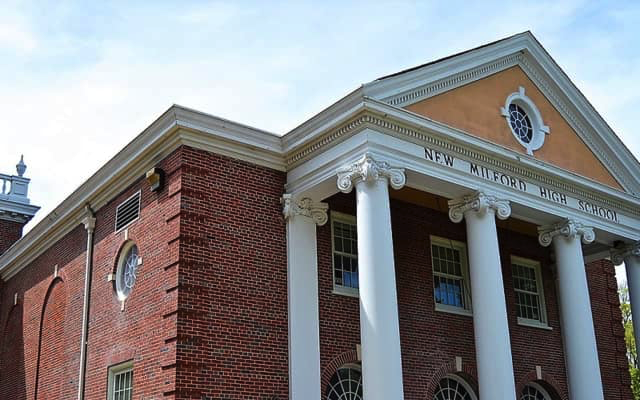 NEW MILFORD, CT – Students at the New Milford High School had to be evacuated after two fires were discovered inside two of the boys’ bathrooms. Teachers at the high school were able to put out the fires using portable fire extinguishers, which contained the fires to the toilet paper dispensers. The evacuation lasted for less than an hour and there were no injuries reported. Police investigated the scenes and determined that both fires had been deliberately set.