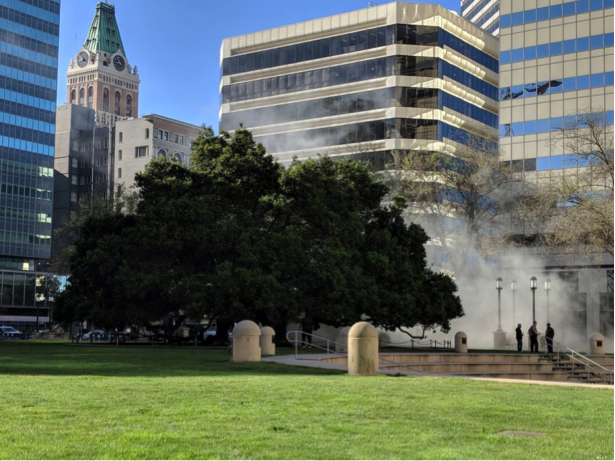 OAKLAND, CA — The Mayor of Oakland was parking her car one morning, when she realized that the city’s famous oak tree was on fire. She immediately ran inside City Hall, found two fire extinguishers, gave one to a security guard, and started spraying the fire. The duo was able to completely extinguish the fire before authorities arrived at the plaza. The tree, which has stood for over 100 years, was intentionally set on fire. The Mayor told the press that “As the mayor of Oakland, every day I have to put out fires, but today it was a literal one.”