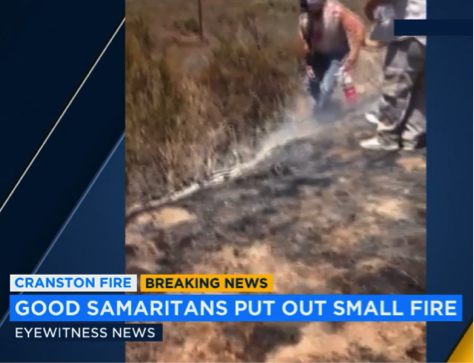 IDYLLWILD, CA — A group of good Samaritans extinguished a fire that was starting to spread near the already destructive Cranston Fire in Riverside County, CA. Two coworkers were on their way to work when they spotted the fire just off the side of the road. They pulled over and started to flag down other cars. One of the other people who pulled over had a portable fire extinguisher, which the group used to put out the flames. Authorities determined that the fire was started intentionally and had a suspect in custody.