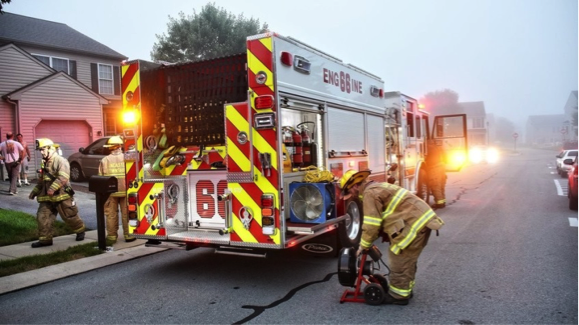 LANCASTER, PA – A Lancaster man went to bed early one Sunday morning and left his flat screen TV on playing music with a timer to shut it off after an hour. Instead, the man woke up to the TV on fire on a table at the foot of the bed. The home’s smoke alarms woke two other people up, who were able to use a portable fire extinguisher to put out the flames. The fire was extinguished before the fire department arrived and the man who left the TV on was treated for smoke inhalation.