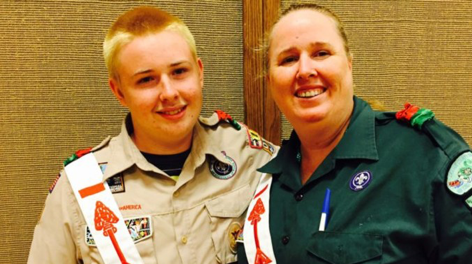 ORANGE COUNTY, CA — Using the knowledge he learned from being a Boy Scout, an Orange County teenager was able to use a portable fire extinguisher to put out a fire in his apartment building. He was originally alerted to the fire by his neighbor shouting for help. The Scout immediately jumped into action by grabbing a portable fire extinguisher that was located in the buildings hallway and telling another neighbor to call 911. The Scout remembered his training, which was to “pull the pin in the handle, aim the nozzle at the fire’s base, squeeze the lever and sweep from side to side.” He was able to put out the flames before the authorities arrived.