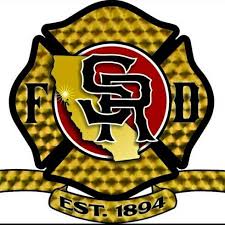 SANTA ROSA, CA – The Santa Rosa Fire Department is investigating a package that suddenly burst into flames in an apartment building hallway as arson. The person who called the fire department told reporters that a package in the hallway of his apartment ignited and caused a fire. The building resident acted quickly, however, and put it out with a portable fire extinguisher. The burning package caused smoke stains and heat damage to the walls and ceiling of the hallway, but no one was injured as a result of the fire.