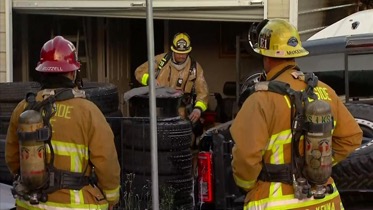 El Cajon, CA- A mechanic from Executive Auto saved not one, but two local businesses when he took control of a blaze along Interstate 8. The brush fire initially sparked on a nearby hill between the two auto shops, but was spreading fast. Spotting the flames, the man grabbed a portable fire extinguisher and went to work managing the flames until emergency crews could respond. The man’s fellow employees insisted that he had prevented thousands of dollars’ worth of customer vehicles from being torched.