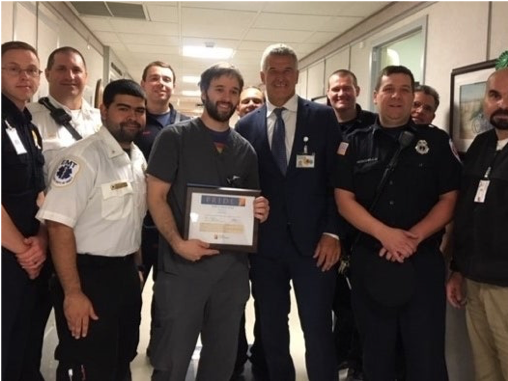 Summit, NJ — An employee at Overlook Medical Center relied on his fire safety training to manage a growing car fire that was outside of the building. In the early hours of the morning, the New Jersey man watched as a car burst into flames and dashed outside with a portable fire extinguisher. Recalling the safety training he had received through his employer, the man used a portable fire extinguisher to control the flames until professionals reported to the scene. As a result of his actions, no one was injured by the fire.