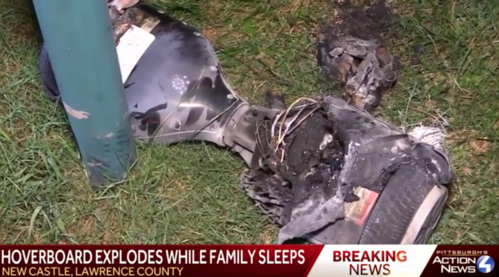 New Castle, PA – A Pittsburg family woke late one Saturday night to find that a charging hoverboard had caught on fire in their home. The homeowner told fire authorities that the flames were up to the ceiling. The father of the family used a portable fire extinguisher to put out the fire. The fire was likely caused by the use a charger that was not sold with the hoverboard. No injuries were reported as a result of the fire.

Cider Mill reopens after fire put out by extinguisher