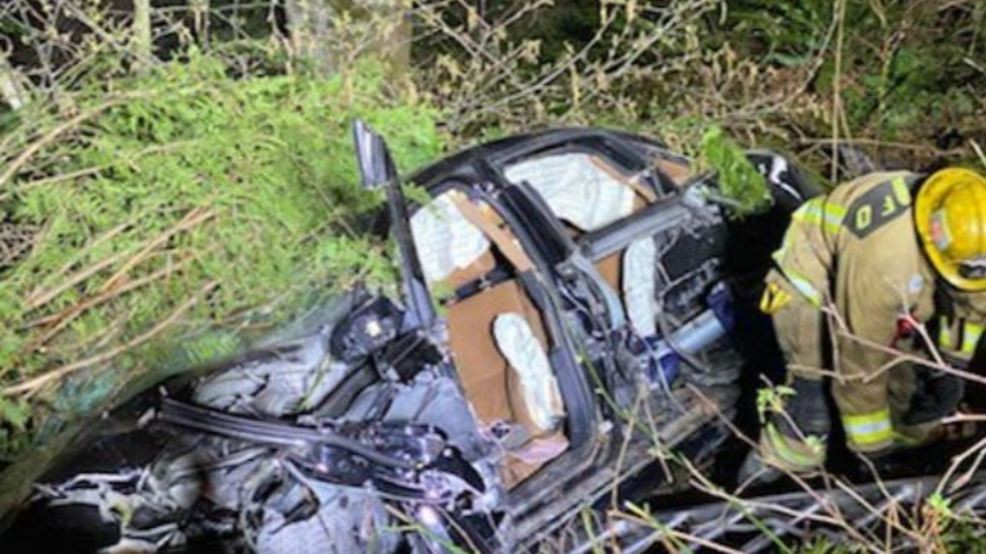 Lake Stevens, WA – A woman was injured when her car went careening off a road one recent evening. The car went 50 feet down an embankment, where it crashed and caught fire in the engine compartment. A nearby witness was able to quickly douse the flames with a portable fire extinguisher. Firefighters were able to remove the driver from the car and took her to the hospital with a leg injury. A man riding in the passenger seat was able to get out of the car on his own and was not injured.