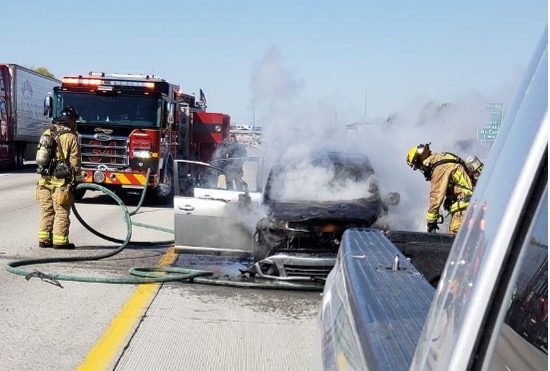 Meridian, ID — A local man is being called a hero after he helped save a mother and baby from a vehicle fire alongside a highway. The Meridian Fire Department told reporters that they received a call about a car that had caught fire just before noon on a recent Wednesday. Upon arriving on the scene, the firefighters found a man using a portable fire extinguisher to prevent the flames from spreading. The Meridian Fire Department was able to extinguisher the fire and reported that as a result of the man’s actions, there were no injuries from the fire.